Owing to the atypical bailiwick of this book with atypical title , I was not sure what to expect of this book but I gave it a read owing to the reputation of the author. And to say that this book is ... Read full review

Review: A Corner of a Foreign Field: The Indian History of a British Sport

This is a brilliant history of cricket in India (and Pakistan), a superb book about why we play and watch sport, and an excellent introduction to the history of India itself. Read full review

Ramachandra Guha is the author of several books, including How Much Should a Person Consume, India After Gandhi, and Savaging the Civilized. 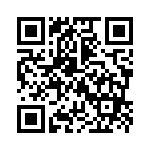