Dr Manobi Bandyopadhyay became India’s first third gender principal at Krishnagar Women's College in Nadia district in West Bengal on 9 June 2015. Selected for this post purely on merit, her message to her community is: ‘Education. If we learn, all our problems will be solved.’ She holds a PhD in Bengali literature and was previously an associate professor in Bengali at the Vivekananda Satobarshiki Mahavidyalaya in Jhargram. She is the first transgender professor in West Bengal and the first transgender to complete a PhD in ‘3rd Gender/ Transgender in Bengali Literature and Society’ in 2006. In 1995, she published the first Bengali transgender magazine, Obo-Manab (sub-human). Dr Bandyopadhyay changed her sex and name in 2003. She has written two books: Ontohin Ontorin Prositovortika (Endless Bondage), a bestseller, and Third Gender in Bengali Literature. At present, she is the vice chairperson of West Bengal Transgender Development Board, Government of West Bengal, and executive council member of Kalyani University .

A journalist for twenty-one years, Jhimli Mukherjee Pandey has worked with the Statesman and the Times of India. She writes both fiction and non-fiction in English and Bengali and also translates into these two languages. Jhimli has translated works of writers like Sunil Gangopadhyay and Shirshendu Mukhopadhyay from Bengali to English and Shashi Tharoor from English to Bengali. Jhimli’s other interests include reading, travelling and cooking. She lives in Howrah, West Bengal, with her family. 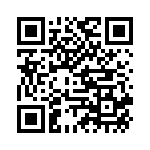