Ricki Dagosta, Author of Contemporary Romance Ricki has been a fan of romantic fiction ever since she can remember, In what will become her four-book series, The Ties that Bind, she allows her much-adored couples to experience love, along with all the trials, heartache and joy that go along with a life well-lived. All of this comes with a dose of humor to lighten the journey as they search for true happiness and finally, peace within themselves. These heroes and heroines also reappear in subsequent stories. As a former Minnesotan, Ricki set her first book, A New Beginning and her second book, Only in My Dreams in a Minneapolis suburb. Her third book takes place in Atlanta Georgia, where she now lives with her husband, close to their three grown children and their families. Ricki and her husband enjoy Las Vegas and an occasional getaway down the road to the tranquil Georgia mountains. You can find Ricki elsewhere on the web at www. rickidagosta.com and her Facebook page, Ricki Dagosta's Author Site 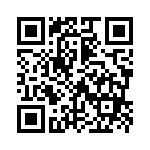