According to Syrian Christian tradition St. Thomas came to Kerala in 52 A.D., and converted some Nambudiri Brahmin families such as Kalli, Kaliankara, Sankarapuri, Madapur, Vyampalli, Muttedal, Kottakara, Panakamattom, and Pakalomattom . These names of Nambudiri families are fictitious and cannot be traced in any of the records of Nambudiri Brahmins. Besides, this tradition evolved at a much later date and was not a contemporary account. These fictional names are being maintained to legitimize fanciful claims. Syrian Christian tradition and many other legends found in ancient Christian songs like the Veeradian Pattu, Thomma Parvom, and Margom Kali Pattu, claim conversion of Nambudiri Brahmins by St. Thomas. But all these songs originated after more than thousand years or much later, and not composed in the first century when St.Thomas was in Kerala. Conflicting dates, AD 1601 and AD 1792, assigned to these works give room for suspicion about their authenticity. Even the composer’s name, Ramban Thomas, alleged to be a Nambudiri Brahmin, is highly doubtful as there was no such person in Nambudiri records. All the songs are anachronistic without any bearing on Ist century socio-political events. In all probability these songs would have been composed in the seventeenth or early part of eighteenth century after the arrival of colonial powers. The notable document concerning St Thomas is the ‘Acta Thoma’ attributed to a Syrian named Bardasanes , an apocryphal work bearing transparent signs of its Gnostic origin. It was preserved with some modifications in Greek and in Syriac. It also tells about the missionary activities of St. Thomas and his martyrdom. But this work too was of a later origin and different dates are given by scholars, AD 220 or AD 400.
According to another Syrian Christian tradition four Nambudiri families of Niranam, Tayyil, Pattamukkil, Manki and Madathilen of Thiruvalla were converted by St.Thomas. But there is no historical evidence about these Nambudiri settlements in Thiruvalla in the 1st century AD. It is probable that some fugitive St Thomas Christians of Mylapore or lower caste converts would have used these fabricated names with the false claim they were Nambudiri converts to avoid persecution by caste-Hindus. Apart from persecution, for being Christians, there was also forced labour (oozhiyam) by Brahmins and Nairs and lower castes had to work in the farms of the landed gentry. So there was a mass exodus of Christians to remote, forest areas to escape oppression of Nairs. Thiruvalla being an isolated forest area was occupied by fugitive Christians. None of the Nambudiri records has also any reference to the existence of converted Nambudiri settlements in Thiruvalla in the 1st century AD or the conversion of their community members. Even in the Brahmin tradition found in Keralolpatti there is no reference at all to the conversion of Nambudiris, although it tells about a certain ‘Thomman,’ an opponent of all Vedas’, came to Malabar and ‘converted many prominent people in the land, including the reigning king, Bana Perumal. But Keralolpatti, embellished with myths and legends, was a compilation of 18th century, after the comong of colonial powers, to bolster the superiority and authority of Brahmins in Kerala and not a contemporary narration. It is likely that the Mylapore migrants and local converts, mostly untouchables such as Ezhavas and other outcastes, who moved into Thiruvalla from other areas coined new family names or adopted locality names of Niranam, Tayyil, Pattamukil, Manki and Madathilen and claimed for themselves superior status to hide their past. It must be borne in mind that the converted untouchables and slaves were fleeing from their original places to other areas to escape persecution and punishment by higher caste Hindus. With no Nambudiri or Nayar available for conversion in Thiruvalla, Chengannur, Mavelikara and nearby regions, the emergence of a large Syrian population in that region is a solid proof of new settlements. The claim for the existence

In Kerala history there is absolutely no evidence of Nambudhiris or Jews becoming Christians. But Syrian Christians quote some customs and marriage rituals of Brahmins to claim Brahmin ancestry. The claim of Syrian Christians that tying of thali is a proof that they are descendants of Nambudhiris is not correct because untouchables such as Parayas, Pulayas, mukkuvas, vannans and others tie thali. Paul Roche gives this account of Paraya Catholic marriage: “The priest, though of higher caste, does not treat the Paraiya couple as untouchables. He blesses the couple and says Mass for them. The symbol of the wedding union is the thali. The thali is a gold medal on a yellow thin string. It is yellow because it is dyed with turmeric (Manjal). During Mass the priest blesses the thali and hands it over to the bridegroom who ties it around the neck of the bride. The priest also blesses two flower garlands and hands one each to the bridegroom and the bride who garland each other.”
Quite surprisingly, Syrian Christians also claim that Church built on the model of a Hindu temple is another proof for their Nambudhiri ancestry. But Paraya and Pulaya temples are also like Nair temples. Lamp, especially oil lamp, Kuthvilakku. Is lighted on all impotant occasions of Parays, and this practice is also prevalent in some Syrian houses. What separates Syrian Christians from Nambudhiri Brahmin and links them to lower castes is their lifestyle and food habits. Syrian Christian settlements were seen on the coastal area and thick jungles. But Nambudhiri settlements were inside villages, near temples and tanks.Syrian Christians like Parayas eat beef and pork. But Nambudhiris are vegetarians. Nambudhiris wear a sacred thread (poonool) which is conspicuously absent in Syrian Chrisdtians. Nairs followed matrinelial system but Syrian Christians like Parayas follow patrilineal system and their surnames are generally inherited from the father and property passes to the sons. To camouflage this, people like Gigi Thomson claim, “"We are supposed to have been part of the Hindu nobility before St Thomas converted us, so many consider themselves a cut above the rest.” Gigi Thomson lives in a fantasy world thinking St.Thomas converted Nambudhiris to claim ‘nobility status’ without realizing the historical fact that there were no Nambudhiris when St Thomas came in the Ist century A.D. There is also no reference to the conversion of Chera kings. Nairs were also not converted, for Kerala history has recorded that Nairs used Syrian Christians to do free labour (oozhiyam) in their farmlands. So it is quite transparent that only lower castes who alone were available for conversion, were singled out for conversion. Those lower caste converts got superior status in society because during the 150 year rule of the Portuguese, the Portuguese elevated them by appointing them as soldiers, police. Brokers, accountants in their factories, planters of estates, merchants and traders, priests, teachers and trustworthy messengers and thereby elevated their economic status. The British opened schools and colleges for the lower caste converts and made them culturally superior to Nambudhiris and Nairs. Albuquerque policy of interracial marriage by which the Portuguese married Hindu women produced a race white in colour with good physical features.The Portuguese and the British elevated the Syrian community financially wealthy and educationally cultured far superior to Nambudhiris and Nairs.of today. 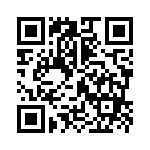