Prof: M S Verma
Editor, Professor, TranslatorFrom M.S Verma:
A word about why I translated and edited the novel
I came across the novel and casually turned its pages, reading a few lines here or there. But the little sampling I did showed that along with all the realistic ups and downs of human life and predicaments, a purpose was woven into the fabric of the book. Hence I decided to read it leisurely with the seriousness it deserved and still deserves and then there was no stopping. Munshi Prem Chand (early twentieth century) the most respected Indian Hindi and Urdu fiction writer of stories and novels had caught my fancy in my school days and I had read most of his literature much before I graduated. The same was the case with Kamlesh Chauhan’s Saat Samundar Paar. I have read hundreds of novels by American and English authors and had felt that I had had a very good idea of the social and cultural life in those great countries. But it was for the first time for me to read about the Western Society from the perspective of an educated Indian lady of a very refined sensitivity who had observed the western society from very close quarters. Her own life has been, as I came to know later, a part of that society for over a decade. Initially I felt as if I were reading Prem Chand’s Karam Bhoomi or Rang Bhoomi, The celebrated Panjabi writer Amrita Pritam’s writings carry her personal pain in the writings and the readers feel her total emotional involvement in them. Kamlesh Chauhan too has not escaped from this. Her total involvement becomes obvious with the situations and characters especially with that of Sundari and like all great writing, the story sounds as an autographical account. But this impression was soon replaced by the author’s own unique style and the novel achieves objectivity..
The novel tells us very poignantly the story of Sundari, an educated, intelligent, sensitive lady who has imbibed Indian cultural values to the grass roots and struggles in vain to live them in her life. The story begins with the growing up of a girl into a woman; her craving for love that proves to be a mirage for her as the story moves on. A saying goes that ‘The drowning man catches at a straw’. It fully applies to Sundari for every firm catch of her turns out to be a straw and she consistently suffers. The initial blow came when she was married off to the uncle of her lover who had a heart of pure gold. The uncle on the other hand is all guilt through and through. Life of Sundari starts going down the hill as all her hopes and dreams are belied despite her best efforts to make her married life a success and life turns into a mockery. The tragedy becomes all the more painful when her lover Akash again makes an entry into her cursed life. She is forced to ride two horses which she can hardly manage, to function as an ideal housewife and an ardent lover. The author introduces a few moments of transitory but suspenseful relief during which too the reader trembles and is afraid of the next blow that Sundari is bound to receive and he starts sharing the miserable life of Sundari with numerous disastrous compromises in the same way as Sanjay shares the pain of Dhritrashra in the Mahabharta. The trials and tribulations and the misery keep on adding to their dimensions. The suffering is more emotional than the physical. It acquires its frightening starkness with the entry of Sundari’s nemesis, Sheila, an illiterate, crafty, calculating woman, a typical specimen that gives preference to the luxuries of the flesh and blood rather than the spirit. If Sundari’s parents had sent her with her husband with the hope of ensuring her happiness as a married woman, Sheila’s people had sent her to England with the clear object of earning money by hook or by crook and she fully translates their dreams into a grand success. She is so insensitive that right from the first night of her married life in the conjugal bed, she starts planning how to ruin her husband and his people. The contrast between the characters and situations

Kamlesh Chauhan was born in India. She was a teenager when she married and became mother at her very young age. She was blessed with two beautiful angels. A boy named Ranjun Chauhan and a girl named Kiren who is often called by her Nick Name Minu Chauhan. Both are very lovely children. Kamlesh believes it does not matter how old your kids are and no matter how grown ups they are, kids will always be kids to parents. Today society is taking parental love away when we lose the bonds between parents and children by saying, "Grow Up." Kamlesh Chauhan Firmly Believes our kids need to know when teenager or adult children abandoned parents for outsiders they give permission to the world to use them, abuse them, manipulate them against their parents. Gap between parents and children grow wider which are harming the growth in later life. She strongly believes one should always keep their mother language alive. Our children should learn their inheritance language, culture and faith to modify their own personal life as Marcus Garvey said, "What is a tree without roots" Very much Americanized, Kamlesh became a citizen of America and takes an active interest in American politics. She firmly believes all Immigrants should be faithful to America since we chose this country as our adopted lands. At the same time, Kamlesh cares for her motherland and its issues. She firmly believes “NO NATION SHOULD BE DIVIDED IN THE NAME OF RACE AND RELIGION" There will be peace in the world only if we respect each other and don't force our own beliefs on those who chose to follow separate paths. The planet earth will be one happy place – only if we learn to live peacefully with each other. She is a natural born writer and she had been writing songs, short stories and poetry for her school and college. Kamlesh writing was encouraged by her father Pritam Dass Rajput who adored India and America both the countries. When she came to the United States, after her marriage to her Indian husband who was already settled in America, she start witting about the difference between the American culture and the Indian culture. It was very hard to adjust in America at that time. She was not happy to settle in America, but slowly and surely she started writing a diary as she travel in Europe and Canada. Across the Seven Seas Novel is the diary she has written day to day life of others and herself hurts, Pain, Joy and Cultural barriers. 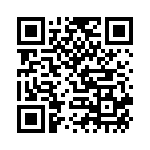