Dr Lill Scherdin is Senior Researcher at the Department of Criminology and Sociology of Law, University of Oslo, Norway. Her research interests encompass: the state and governance through punishment, comparative studies of crime and control, human rights and the death penalty, Holocaust and genocide studies, and processes of exclusion and criminalization. She has also focused on caste - the position of the Burakumin in Japanese society as well as blacks in the American South. She was granted the Mombusho (Japanese State Scholarship), as well as the Fulbright scholarship (Sam Houston University, Crime and Justice Center, Huntsville, Texas). She has been a guest researcher at Chuo University, Graduate School of Law in Hachioji (Tokyo) and at Tulane University in New Orleans, Louisiana. She was an expert advisor for the Ministry of Foreign Affairs to five annual Human Rights Dialogues between Norway and Vietnam. She has organized a series of international conferences and symposiums on punishment and death penalty. She sat on the planning committee for the World Congress Against Death Penalty in Madrid, 2013. Dr Scherdin is currently involved in research on the death penalty, human rights and the moral justifications for punishment, and in the University of Oslo’s initiative: Universities Against Death Penalty. 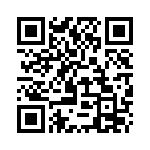