Chanakya, traditionally known as Kautilya or Vishnu Gupta, was an Indian teacher, philosopher, economist, jurist and royal advisor. He wrote the Arthashastra, an ancient Indian political treatise. Considered a pioneer in the field of Political Science and Economics in India, his works, lost towards the end of the Gupta Empire, were fortunately rediscovered in 1915. He played a crucial role in the establishment and expansion of the Mauryan Empire. 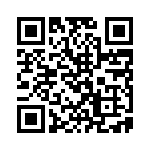