HAHA! Funny as! A VERY tongue-in-cheek look at Paris and what she's all about, which granted isn't much at all. Anyone who takes this book seriously is as stupid as the heiress herself. But really ... Read full review

HA! I know. I know. I shoudn't admit that I own this but... seriously you should read it when you are feeling depressed or worthless. After reading 2 pages you will feel like the smartest person to ... Read full review

Paris Hilton is the great-granddaughter of hotel magnate Conrad Hilton. She is a socialite, model, recording artist, and actress who has appeared on television shows and in feature films and has been the subject of countless photographs and feature articles.

Merle Ginsberg is an entertainment and fashion writer who has contributed to many magazines and newspapers, including W, Women's Wear Daily, The New York Times Magazine, InStyle, Harper's Bazaar, Rolling Stone, and People.

Jeff Vespa has taken more photographs of Paris Hilton than any other photographer. He is an artist, celebrity photographer, and cofounder and president of the global digital photography agency WireImage. 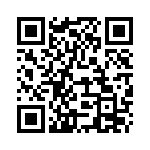