Graeme Simsion was born in Auckland, New Zealand. His education includes a BSc, GDipC and IS from Monash University, an MBA from Deakin University, a PhD from University of Melbourne, an Advanced Diploma of Screenwriting from RMIT, and a 2014 Diploma of Professional Writing and Editing, RMIT. His Ph.D thesis, Data Modeling: Description or Design, was published in 2006. He is a former IT consultant and the author of two nonfiction books on database design. He won the 2012 Victorian Premier's Unpublished Manuscript Award for his book, The Rosie Project, which was published in 2013. It also won the Australian Book Industry's General Fiction Book of the Year for 2014 and the Australian Book Industry's Book of the Year for 2014. The screenplay for this book has been optioned to Sony Pictures Entertainment. In 2014 the sequel, called The Rosie Effect, made the New York Times bestseller list. His 2016 novel, The Best of Adam Sharp, has been optioned by Vocab Films for a screenplay. He has written numerous award-winning short stories. His most recent short stories include The Life and Times of Greasy Joe, The Big Issue, Like It Was Yesterday, Review of Australian Fiction, and Intervention on the Number 3 Tram, Melbourne Writers Festival. 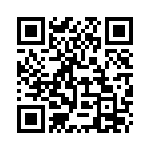