I came across this book because of the excellent podcast series David Graeber did for the BBC.
The book adds additional depth to the podcasts, and the additional text allows ideas to be considered more thoroughly.
The book is slightly provocative, for those who class the world into for/against and grand theories of mankind. In reality I found it to be a fair mirror placed against the current state of our civilisation. It certainly provides a series of constructs to analyse your feelings about how you relate into our overall civilisation.
Overall, I think all people would benefit from the podcasts, and if you want to take more time for consideration and reflection after, then the book is an essential.
I wonder how you might change, afterwards...
Heartily recommended.

David Graeber teaches anthropology at the London School of Economics. He has written for Harper’s, The Nation, Mute, and The New Left Review. In 2006, he delivered the Malinowski Memorial Lecture at the London School of Economics, an annual talk that honors “outstanding anthropologists who have fundamentally shaped the study of culture.” One of the original organizers of Occupy Wall Street, Graeber has been called an “anti-leader of the movement” by Bloomberg Businessweek. The Atlantic wrote that he “has come to represent the Occupy Wall Street message...expressing the group’s theory, and its founding principles, in a way that truly elucidated some of the things people have questioned about it.” 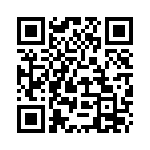