THIS BOOK REALLY HAD MY MIND REALLY EXPANDING AND GETTING ALOT OF INFORMATION THAT IS VERY CRUCIAL TO LEARN IN A MATTER OF First Nations Reserch Writting.

It's supposed to be a great book that examines some issues with the western point of view by taking in the the indigenous' perspective. It's written by an "insider".
Unfortunately, the biggest problem is that the book is extremely wordy, could be a lot more concise and the author makes it an extremely difficult read. This entire book could have been compressed into probably 100 pages while still demonstrating key points. Less is more... 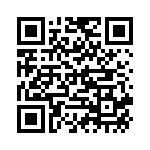