Roger Jeffery is a Professor of Sociology of South Asia at The University of Edinburgh. His research has covered public health policy, social demography and pharmaceuticals regulation. He is the University’s Dean International (India), Director of the India Institute and President of the European Association of South Asian Studies. He has recently edited (with Craig Jeffrey and Jens Lerche) Development Failure and Identity Politics in Uttar Pradesh (SAGE 2014) and (with Oliver Heath) Change and Diversity: Economics, Politics and Society in Contemporary India (OUP 2010). He is the author and co-author of numerous books including most recently Education, Masculinities and Unemployment in North India (with Craig Jeffrey and Patricia Jeffery, Social Science Press 2010).

Craig Jeffrey is Professor of Development Geography at Oxford University and Fellow and Tutor at St. John’s College, Oxford. He works on youth, education, corruption and politics, with particular reference to South Asia. His recent books include Timepass: Youth, Class and the Politics of Waiting (2010), India Today: Economy, Society, and Politics (with Stuart Corbridge and John Harriss) and Degrees without Freedom: Education, Masculinities and Unemployment in North India (with Patricia Jeffery and Roger Jeffery).

Jens Lerche is Senior Lecturer in the Development Studies Department at the School of Oriental and African Studies (SOAS) of the University of London. He works on agrarian change, labour and caste in India, particularly in UP. His recent publications include articles on agrarian transition and agrarian crisis; work hierarchies and social mobilisation; and affirmative action for low castes, all in an Indian context. He is an editor of the Journal of Agrarian Change and has edited books on UP and Agrarian Transition and Labour in India. 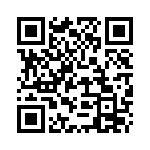