Dipankar Home is Professor of Physics at Bose Institute, Calcutta. Over the past two decades he has been working extensively on the fundamental aspects of quantum mechanics, especially on topics related to entanglement and quantum nonlocality, quantum communications, the measurement problem, quantum Zeno effect, quantum time distributions and nonstandard interpretations of quantum mechanics such as the Bohmian model. One area of his research has involved linking the foundational issues of quantum mechanics with realizable experiments. Home's earlier book Conceptual Foundations of Quantum Physics (Plenum, New York, 1997) was positively reviewed in various publications such as Physics Today, Progress in Quantum Electronics, and in The Times (London) Higher Education Supplement.

Andrew Whitaker has been Professor of Physics at Queen's University Belfast since 1999. His early research was in the theory of pulsed nuclear magnetic resonance. In recent years he has been concerned with the foundations of quantum theory and has published over 50 papers in this area. He has had a special interest in the quantum Zeno effect, the interpretations of quantum theory and the Bohr-Einstein dispute. He has written several articles on Belfast-born John Bell. In 1996 he published Einstein, Bohr and the Quantum Dilemma and in 2002 edited Physicists of Ireland: Passion and Precision with Mark McCartney. 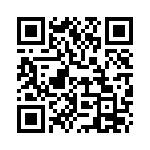