Page 223 - Broome, SW, WW Woodhouse, and ED Seneca, 1975. The relationship of mineral nutrients to growth of Spartina alterniflora in North Carolina.
Appears in 17 books from 1920-2000

John W. Day, Jr. is Professor in the Department of Marine Sciences at Louisiana State University, where he has taught since 1971. He is coeditor (with W. Conner) of The Ecology of the Barataria Basin, Louisiana: An Estuarine Profile, and coeditor (with Charles Hall) of Ecological Modeling in Theory and Practice (Wiley, 1977). Professor Day received his PhD in marine sciences from the University of North Carolina in 1971.

Charles A. S. Hall is Associate Professor in the Department of Environmental Sciences and Forestry at the State University of New York at Syracuse. He is coeditor (with John Day) of Ecosystem Modeling in Theory and Practice (Wiley, 1977) and co-author (with Cutler Cleveland and Robert Kaufmann) of Energy and Resource Quality: The Ecology of the Economic Process (Wiley, 1986). Professor Hall received his PhD in zoology from the University of North Carolina in 1970.

Alejandro Yanez-Arancibia is Research Scientist and Professor at the Institute of Marine Science and Limnology at the National University of Mexico, where he has been a faculty member since 1975. He is the editor of Taxonomy, Ecology, and Structure of Fish Communities in Coastal Regions with Ephemeral Inlets on the Pacific Coast of Mexico, and Fish Community Ecology in Estuaries and Coastal Regions. Dr. Yanez-Arancibia has written more than 40 scientific articles, and he has presented over 35 papers at international conferences. Professor Yanez-Arancibia received his PhD in marine science from the National University of Mexico in 1977. 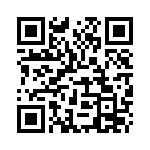