David W. Shwalb is a Professor of Psychology at Southern Utah University. He received his PhD in Developmental Psychology from the University of Michigan. A Fulbright Dissertation Fellow at Tokyo University, he is a former president of the Society for Cross-Cultural Research. Along with Barbara Shwalb, he is English Abstracts Editor for the Japanese Journal of Developmental Psychology. David and Barbara Shwalb have also co-authored or edited three books: Japanese Childrearing: Two Generations of Scholarship (1996), Applied Developmental Psychology: Theory, Practice and Research from Japan (2005), and Respect and Disrespect: Cultural and Developmental Origins (2005). During 8 years in Japan, Shwalb taught at the preschool, middle school, high school and college levels. He has conducted cross-cultural research on fathers since 1978, and his cross-cultural interests are in parenting, socialization, and personality development in family and school contexts, and in the developmental origins of respect, disrespect, and self-respect.

Barbara J. Shwalb is retired from the Psychology Department at Southern Utah University. She received her PhD (Combined Program in Education and Psychology) from the University of Michigan. She was a Japan Ministry of Education Fellow at Tokyo University.Along with David Shwalb, she was a research associate of the Japanese Child and Family National Research Center and the Hokkaido University Faculty of Education. Together, Barbara and David Shwalb have written six volumes, in both English and Japanese. Dr. Shwalb's research interests are cross-cultural developmental and learning issues, and affective and cognitive concept formation in the development of respect and disrespect. The Shwalbs have published papers on human development in Japan, Korea, China, Vietnam, Indonesia, South Asia, and the U.S.

Michael E. Lamb heads the Division of Social and Developmental Psychology at the University of Cambridge. A native of Northern Rhodesia (now Zambia), he received his PhD in psychology from Yale University along with honorary doctorates from the Universities of Goteborg and East Anglia, and the 2004 James McKeen Cattell Award from the Association for Psychological Science for Lifetime Contributions to Applied Psychological Research. He is the co-author of Development in Infancy, Socialization and Personality Development, Infant-Mother Attachment, Child Psychology Today, Investigative Interviews of Children, and Tell Me What Happened: Structured Investigative Interviews of Child Victims and Witnesses. In addition, he has edited many books including The Role of the Father in Child Development and he founded and co-edited Advances in Developmental Psychology. In total he has authored or edited about 45 books an approximately 600 professional publications. Editor of the journal Psychology, Public Policy, and Law, Dr. Lamb has written or co-authored reports of research in the U.S., U.K., Sweden, Germany, Switzerland, Israel, Canada, the Central African Republic, the Congo, Malaysia, Taiwan, China (People's Republic), Japan, Korea, and Costa Rica. 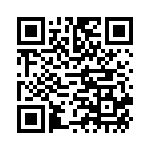