Excellent guide to freshwater fish of Australia. Written for the enthusiastic hobbyist who would like to expand his or his options beyond just rainbowfish (although there are a lot of nice rainbowfish). Read full review

G.R. Allen Senior Team Leader for Conservation International and author of over 300 scientific articles and 28 books, headed the Internationally recognized team of authors. Dr Allen is an international authority on both freshwater and coral reef fishes of the Australia-New Guinea region.

S.H. Midgley received an honorary Doctor of Science for his contributions in the fields of fish biology and ecology. He was appointed member of the General Division of the Order of Australia for his studies of native freshwater fishes.

M. Allen is a marine biologist, terrestrial botanist and skilled photographer. He is currently involved in the production of natural history guidebooks. 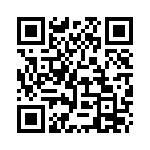