Excellent reference book, easy to find specific topics / problems from the index. All the equations and derivations are explained very well.
I've trolled through a number of heat transfer texts, some of them a lot more specific to my problem than this, yet this book was by far the best, would highly reccomend.

Frank P. Incropera is currently Matthew H. McCloskey Dean of the College of Engineering at Univeristy of Notre Dame. Professor Incropera received his B.S.M.E. from M.I.T. and his M.S.M.E. and Ph.D. from Stanford University, all in mechanical engineering. In 1998, he became the Clifford and Evelyn Brosey Professor of Mechanical Engineering. Professor Incropera has received four major Purdue teaching awards and was the 1982 recipient of the ASEE Ralph Coats Roe Award for excellence in teaching. He was the 1983 recipient of the ASEE George Westinghouse Award for achievements in teaching and research. In 1984 he became a Fellow of the ASME, and in 1988 he received the ASME Heat Transfer Memorial Award for twenty years of research accomplishments in the fields of plasma heat transfer, radiative transfer in participating media, and double-diffusive and mixed convection. In 1988 he was also recipient of the Senior Scientists Award of the Alexander von Humboldt Foundation and recipient of the Melville Medal for the best original paper published by ASME. In 1995 he received the Worcester Reed Warner Medal of ASME for contributions to the fundamental literature of heat transfer and his textbooks on the subject. 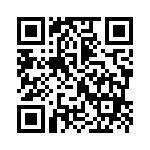