Brief yet satisfying take on the view that Western feminist objections to female genital cutting (mutilation, circumcision, etc.) is almost certainly counterproductive because it is inevitably racist ... Read full review

Stanlie M. James is chair of the Afro-American Studies Department and professor of African American studies and women's studies at the University of Wisconsin, Madison. She is a coeditor of Theorizing Black Feminisms. Claire C. Robertson is professor of history and women's studies at the Ohio State University and the author of Trouble Showed the Way: Women, Men, and Trade in the Nairobi Area, 1890-1990 and other books. 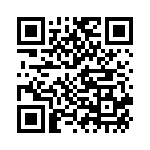