Xuefei Ren is associate professor of sociology and global urban studies at Michigan State University. She is the author of Building Globalization and Urban China. 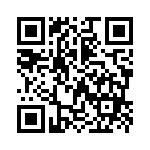