Page 4 - But the Spirit of the Lord departed from Saul, and an evil spirit from the Lord troubled him.
Appears in 556 books from 1715-2008
Page 3 - But country folks who live beneath The shadow of the steeple ; The parson and the parson's wife, And mostly married people ; Youths green and happy in first love, So thankful for illusion ; And men caught out in what the world Calls guilt, in first confusion ; And almost every one when age, Disease, or sorrows strike him, Inclines to think there is a God, Or something very like Him.
Appears in 145 books from 1848-2007

David H. Rosmarin, PhD, is director of the Spirituality and Mental Health Program at McLean Hospital and an assistant professor of psychology in the Department of Psychiatry, part-time, at Harvard Medical School. He supervises the provision of spiritually-integrated services in clinical units throughout the hospital’s divisional structure, and collaborates with laboratories to study the clinical relevance of spirituality to anxiety, mood, psychotic, substance use, and other disorders. Dr. Rosmarin’s work on integrating spirituality into cognitive behavioral therapy has received wide acclaim. He has authored over 40 peer-reviewed scientific publications, numerous editorials/book chapters, and over 100 abstracts. Dr. Rosmarin’s clinical work and research have received media attention from ABC, NPR, Scientific American, the Boston Globe and the New York Times.

Harold Koenig completed his undergraduate education at Stanford University, nursing school at San Joaquin Delta College, medical school training at the University of California at San Francisco, and geriatric medicine, psychiatry, and biostatistics training at Duke University Medical Center. He is on the faculty at Duke as Professor of Psychiatry and Behavioral Sciences, and Associate Professor of Medicine. He is also Adjunct Professor in the Department of Medicine at King Abdulaziz University, Jeddah, Saudi Arabia, and Adjunct Professor in the School of Public Health at Ningxia Medical University, Yinchuan, People’s Republic of China. Dr. Koenig is Director of the Center for Spirituality, Theology and Health at Duke University Medical Center, and has published extensively in the fields of mental health, geriatrics, and religion, with over 500 scientific peer-reviewed publications and book chapters and nearly 50 books in print or preparation. His research on religion, health and ethical issues in medicine has been featured on dozens of national and international TV news programs, over a hundred national or international radio programs, and hundreds of newspapers and magazines. Dr. Koenig has given testimony before the U.S. Senate (1998) and U.S. House of Representatives (2008) concerning the benefits of religion and spirituality on public health, and travels widely to give seminars and workshops on this topic. He is the recipient of the 2012 Oskar Pfister Award from the American Psychiatric Association and the 2013 Gary Collins Award from the American Association of Christian Counselors. 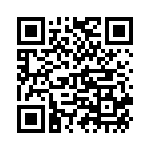