Prabhu Bapu was educated at the London School of Economics, UK, and has a doctorate in History from the School of Oriental and African Studies, University of London, UK. 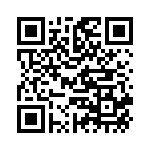