This book made a positive impression when it appeared in 1991. Alan Bullock’s distinguished academic career had been preceded by the publication of his biography of Hitler, Hitler: A Study in Tyranny ... Read full review

I used to teach Alan Bullock's "Hitler and Stalin: Parallel Lives" in courses about totalitarianism. Contrary to many other college textbooks, which tend to date rather quickly, this history book ... Read full review

Alan Bullock is the author of Hitler: A Study in Tyranny, The Life and Times of Ernest Bevin, The Liberal Tradition and The Humanist Tradition in the West. He is also the co-editor of The Fontana Dictionary of Modern Thinkers, The Fontana Dictionary of Modern Thought and of the multi-volume Oxford History of Modern Europe series. In 1960, Lord Bullock became Founding Master of St Catherine's College, Oxford and was Vice-Chancellor of the University of Oxford between 1969 and 1973. He was made a life peer in 1976. 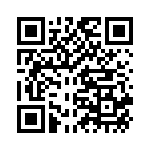