Try the new Google Books
Check out the new look and enjoy easier access to your favorite features
Try it now
EBOOK FROM $33.86

Priya Chacko is a Lecturer in International Politics in the School of History and Politics at the University of Adelaide, Australia. Her research interests include the normative basis of Indian foreign policy, non-Western thought in International Relations, and India’s engagement with Africa and global governance. 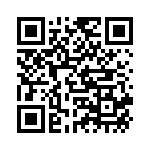