Sanjay Kumar is Professor and Director of Centre for the Study of Developing Societies (CSDS) since 2014. His core area of research is electoral politics, but he has also been engaged in research on Indian youth, state of democracy, and slums of Delhi. He has directed several national-level studies, most important being the series of National Election Study (NES) conducted by Lokniti–CSDS since 1996.

Earlier, he had authored Changing Electoral Politics in Delhi: From Caste to Class; co-authored (with Peter Ronald de Souza and Sandeep Shastri) Indian Youth in a Transforming World: Attitudes and Perceptions; edited Indian Youth and Electoral Politics: An Emerging Engagement; and co-edited (with Suhas Palshikar and Sanjay Lodha) Electoral Politics in India: Resurgence of the Bharatiya Janata Party and (with Christophe Jaffrelot) Rise of the Plebeians? The Changing Face of Indian Legislative Assemblies. He has contributed chapters in several edited volumes and research journals and writes regularly for national newspapers. He is also a known face on Indian television as an expert on elections. 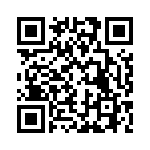