This one of the best books on the subjects if your just starting to study Tensor Calculus.

Dr. John H. Heinbockel is Professor Emeritus ofMathematics and Statistics from Old Dominion University, Norfolk, Virginia. He received his Ph.D. in appliedmathematics from North Carolina State University in1964. He joined Old Dominion University in 1967 andsince then has taught a variety of mathematics coursesat both the undergraduate and graduate level. He hashad numerous research grants during this time and isthe author/co-author of numerous technical papers inthe areas of applied mathematics. Presently, he is doingresearch for NASA involving radiation analysis associated with various space programs. 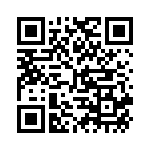