If you're like me, that is, someone fascinated with the topic of translation for so many years, as well as this topic's connection to many other fields of human activities, you'll devour this book ... Read full review

In titling his book (or having his book titled?) Is That a Fish in Your Ear?, David Bellos has certainly made categorising this work a difficult task. It looks and feels like it should belong firmly ... Read full review

David Bellos is Meredith Howland Pyne Professor of French Literature at Princeton University, where he also teaches Comparative Literature. He is the author of many books and articles on nineteenth-century fiction, alongside biographies of three icons of French culture in the twentieth century- Georges Perec, Jacques Tati and Romain Gary. He is also a well-known translator and the author of Is That a Fish in Your Ear? The Amazing Adventure of Translation. David Bellos was recently awarded the rank of officier in the Ordre National des Arts et des Lettres for his services to French culture. 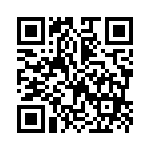