Bama is the most celebrated contemporary Dalit woman writer. She has been in the forefront of caste literature activism and has given Dalit aesthetics a visibility it had previously lacked in the literary campus of India. Her other works include Sangati (1994), Kisumbukkaran (1996), Vanmam (2002), Oru Thaathavum, Oru Yerumayum (2003), and Kondattam (2009). Her works have been translated into English, German, French, Telugu, and Malayalam.

Lakshmi Holmstrom is one of the most successful Indian translators from Tamil into English. She has received the Crossword Award for translation twice (2001 and 2007). She received the Iyal Award from the Tamil Literary Garden, Canada (2008) and is one of the Founder Trustees of the South Asian Diaspora Literature and Arts Archive. 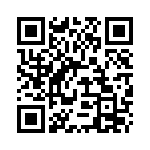