Brilliant piece of work. It requires extremely high level of courage to write truth which has been constantly trampled by powerful Govt, media houses and fake-news spreading IT cells.
Writer has given the honest account of happenings in kashmir. It is a fact that - Jagmohan and some bloodthirsty leaders were hell bent on genocide in kashmir. kashmiri pandit were made scapegoat and even today fake-news spreading media lie to the world that there was genocide of kashmiri pandit. As per Govt own statistic there were around 300 people killed.
I admire the courage of the writer for giving a window of truth to indians.
Jai hind.

An extremely false book by an evil person who loves lies. His tenure was as bad as his information. Its a typical narrative of Muslims of Kashmir who want to deny the Genocides committed in the name of Islam by various rulers and fellow Muslims. Its an established fact that Muslims committed mass conversions and horrible atrocities in the name of religion in Kashmir over past 700 years. Its like denying the holocaust.. Well many evil Muslims do believe that and spread the lies only fir their hatred of Jews. Piss be upon you khalid Bashir ahmed

Khalid Bashir Ahmad is an author, poet and a former Kashmir Administrative Services (KAS) officer. He has served the State Administration as Director Information and Public Relations and Secretary, J&K Academy of Art, Culture and Languages, besides heading the departments of Libraries and Research, and Archives, Archaeology and Museums. His book Jhelum: The River Through My Backyard has added the Jhelum Factor to the history of Kashmir. His two works in Urdu poetry and prose have won the highest State literary award in 1984 and 2010. 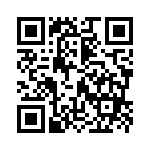