this book is too good for understanding the basic concept of design of reinforce concrete....design by using is codes specifications,one of the best book for rcc

P. C. VARGHESE, M.S., M.Engg. (Harvard), PhD, had his postgraduate education first in soil mechanics at the Harvard University, the USA (under Professor Terzaghi and Professor Casagrande) and also later in reinforced concrete at the Imperial College, London (under Professor A.L.L. Baker). He was among the founding faculty member of IIT Kharagpur, IIT Madras and University of Moratuwa (Sri Lanka). An honorary Professor at Anna University, Chennai, he was formerly, Professor and Head, Department of Civil Engineering, IIT Madras. He also worked as UNESCO Chief Technical Advisor, University of Moratuwa, Colombo. He has been consultant to various projects in India and abroad. Besides, he has worked as Assistant Soil Specialist at Hirakud Dam (Orissa) during the laying of the foundations and as Construction Engineer while he was a member of the staff of the Civil Engineering Department, IIT Kharagpur. A distinguished teacher and well-known Consultant, Professor Varghese is an established author. 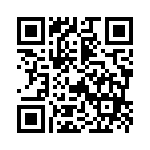