Mark Rosheim attended the University of Minnesota, studying mechanical engineering. He has developed robotic technologies for NASA, the Department of Defense, and the Department of Energy, and is the founder and president of Ross-Hime Designs, Inc., a Minneapolis, Minnesota-based mechanical design company. He holds over 20 patents in robot technology, and has published and lectured extensively around the world on the topic of robot technology and history. 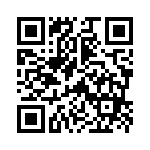