Neurons-it is a responsive and multi-purpose ecommerce website Development you can use fineo for any shippable goods or digital products. Web Development Company in Delhi all pages are in responsive layout and support all major desktop, laptop, tablet and mobile browsersPlease Call 0120-4270133,
http://www.neurons-it.in/about.php 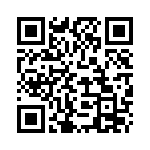