R. Kannan considers himself as a child of the Dravidian movement and has long been a commentator on Dravidian politics. His book Anna: The Life and Times of C.N. Annadurai received critical acclaim. Raised and educated in Chennai, Kannan completed his LLM from the University of Georgia and his PhD in International Relations from the Fletcher School of Law and Diplomacy, Tufts University. He has served in various capacities with the United Nations in two continents for nearly a quarter of a century. He presently heads the Basra office of the UN Assistance Mission for Iraq. Kannan is married and has two children. 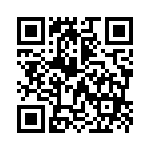