This was a very interesting book that I found after seeing the movie "Shutter Island" and became interested in the history of mental health treatments in America. The unimaginable pain described here ... Read full review

Well written and a nice read, which I found unusual for a book like this. Eye-opening and informative history of the treatment of the mentally ill in England and America; very interesting if you would ... Read full review

Robert Whitaker's articles on the mentally ill and the drug industry have won several awards, including the George Polk Award for medical writing and the National Association of Science Writers' Award for best magazine article. He is also the author of The Mapmaker's Wife and The Lap of the Gods. He lives in Cambridge, Massachusetts. 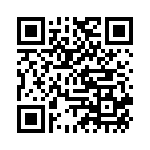