I was browsing in a bookstore in the poetry section, and saw a book entitled "Map". Immediately intrigued by a geographic soounding title, I decided to skim through it. I was quite affected by the ... Read full review

WISLAWA SZYMBORSKA (1923–2012) was born in Poland and worked as a poetry editor, translator, and columnist. She was awarded the Nobel Prize in Literature in 1996.

STANSILAW BARANCZAK, born in Poland in 1946, was a poet, literary critic, scholar, editor, translator and lecturer. He received numerous honors and awards, including a Guggenheim Felllowship, and translated many seminal works—including the work of William Shakespeare, E.E. Cummings, and Emily Dickinson—from English into Polish.

CLARE CAVANAGH, professor of Slavic and comparative literature at Northwestern, has received a PEN Translation Award for her work, with Stanislaw Baranczak, on Szymborska's poetry. 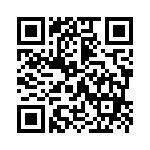