is Senior Fellow (Professor) and Deputy Director at the Centre for Women’s Development Studies (CWDS), New Delhi, India. Prior to this, she was Associate Fellow and Coordinator at the Centre for Gender and Labour, V.V. Giri National Labour Institute, Noida, India. Her broad research interests include labour, employment, and migration issues of women. Her current research work focuses on the changing dimensions of women’s employment, gender statistics, and the social, political, and economic dimensions of care work (paid as well as unpaid). She has been engaged in a large-scale study on female migration and is one of the lead authors of the 'Pluralization of Family' chapter in the International Panel on Social Progress Report. She has published in several journals and books. 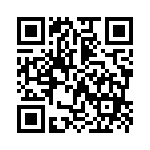