A.P.J. Abdul Kalam was one of India's most distinguished scientists, responsible for the development of India's first satellite launch vehicle and the operationalization of strategic missiles. He was also the President of India between 2002 and 2007. 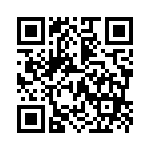