J. Devika teaches and researches at the Centre for Development Studies, Thiruvananthapuram, Kerala.

Binitha V. Thampi is Assistant Professor at IIT Chennai. She has worked on research projects concerned with local governance, welfare, development,politics,and gender at CDS and the University of Sheffield. 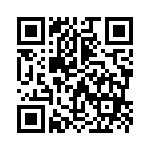