One may quibble with the title: this is a study of Islamic Orientalism solely, of Western representations of the Near East, with little or no direct reference to Persia, India, China, Japan. Professor ... Read full review

Said's masterwork on the Western view of the East is not only a breathtaking work of scholarship, but a vital method of understanding the 'othering' that has allowed us to come to our current grim political pass. Read full review

Edward W. Said was born in Jerusalem and educated in the United States, where he attended Princeton and Harvard University. In 1963, he began teaching at Columbia University, where he was university professor of English and comparative literature. He is the author of twenty-two books which have been translated into thirty-five languages, including Culture and Imperialism (1993); Peace and Its Discontents: Essays on Palestine and the Middle East Peace Process; and Out of Place: A Memoir (1999). Besides his academic work, he was a regular contributor to newspapers in Europe, Asia and the Middle East, and the music critic for The Nation. Professor Said lectured and was a visiting professor at universities in North America, Europe, Africa and Asia. He received several awards for his memoir, Out of Place, including the 1999 New Yorker Book Award for Non-Fiction. 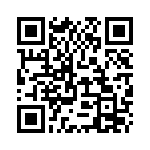