Julien I E Hoffman, M.D., F.R.C.P (London) was born and educated in Salisbury (now Harare) in Southern Rhodesia (now Zimbabwe). He received a Bsc (Hons) in 1945 from the University of the Witwatersrand in South Africa, and his M.B., B.Ch. degree there in 1949. After working in the Departments of Medicine in Johannesburg General Hospital and in the Central Middlesex Hospital in London, he worked for the Medical Research Council at the Royal Postgraduate School in Hammersmith, London. Then he spent two years training in Pediatric Cardiogy at Boston Children's Hospital, followed by 15 months as a Fellow at the Cardiovascular Research Institute (CVRI) at the University of California in San Francisco (UCSF). In 1962 he joined the faculty of the Albert Einstein College of Medicine in New York, and moved in 1966 to UCSF as Associate Professor of Pediatrics and member of the CVRI. He spent 50% of his time in the care of children with heart disease and 50% of his time doing research into the pathophysiology of the coronary circulation. His interest in Statistics began while taking his Science degree. In England, he took a short course run by Bradford Hill. On returning to Johannesburg he was assigned to statistical analyses for other members of the Department of Medicine. Learning was by trial and error, helped by Dr J Kerrich, head of the University's Statistics Department. Hoffman began teaching statistics to Medical students in 1964, and in San Francisco conducted an approved course for Fellows and Residents for over 30 years. He was a member of the Biostatistics group for approving and coordinating statistics at UCSF. For many years he was a statistical consultant for the journal Circulation Research, and was intermittently statistical consultant to several other medical journals. 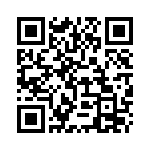