Patrick Whitefield (1949 - 2015) was an early pioneer of permaculture, adapting Bill Mollison's teachings with a strong Southern Hemisphere bias to the cooler, maritime climate of the British Isles. He wrote a number of seminal books, including Permaculture in a Nutshell (1993), How to Make a Forest Garden (1996), The Living Landscape (2009), How To Read the Landscape (2014) and his magnum opus, The Earth Care Manual (2004), an authoritative resource on practical, tested, cool temperate permaculture. Patrick appeared in several BBC TV programmes, popular gardening videos, and taught many permaculture and other practical courses, throughout the UK. 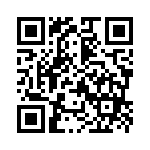