Thomas Doherty is professor of english at Trinity College, Dublin. He is the author of Reading (Absent) Character; John Donne Undone; On Modern Authority; and After Theory: Postmodernism/Postmarxism. 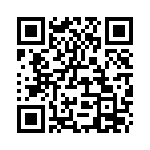