I loved it,it was so sad but true i loved it.

Daniel L. Schacter is Professor of Psychology at Harvard University, USA. He is the author of Searching for Memory and The Seven Sins of Memory, both winners of the APA's William James Book Award.

Daniel T. Gilbert is Professor of Psychology at Harvard University, USA. He has won numerous awards, including the Phi Beta Kappa Teaching Prize, a Guggenheim Fellowship, and the American Psychological Association's Distinguished Scientific Award for an Early Career Contribution to Psychology.

Daniel M. Wegner is Professor of Psychology at Harvard University, USA. Author of White Bears and Other Unwanted Thoughts and The Illusion of Conscious Will, he is a member of the Board of Reviewing Editors for Science magazine.

Bruce M. Hood is Professor of Developmental Psychology in Society at the University of Bristol, UK. Bruce has appeared in a number of TV science documentaries and in 2011 he delivered the Royal Institution Christmas Lectures which were broadcast on the BBC to over 4 million viewers. 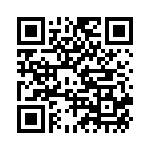