After studying physics at St Stephen's College in Delhi, Saurabh Kirpal read law at the University of Oxford and did his Master in Law at the University of Cambridge. Following a brief stint at the United Nations in Geneva, he returned to Delhi. He has been practising law at the Supreme Court of India for over two decades now. He has appeared in a range of matters involving fundamental rights, and his clients cross the political and ideological spectrum. He was the counsel for Navtej Johar, Ritu Dalmia and others in the case that led to the reading down of Section 377 of the Indian Penal Code in 2018. 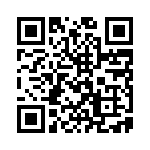