Totally hilarious and scary at the same time. If you have had kids you will relate to the pictures in this book of the mayhem that children can cause in just a few minutes. If you haven't had kids yet, you may decide not to if you read this. ;-) Read full review

funny, but way too short. Not much there. Read full review

Sh*t My Kids Ruined (SMKR) was born the morning of March 3, 2010. I was somewhat harried, doing too much at once, and my boys were going to be late for preschool. They were dressed and finishing their breakfasts, and in an attempt at efficiency, I set up materials for a project I planned to complete during the two hours they''d be at school. I make glass mosaic housewares in my few spare hours each week, and was preparing for upcoming local events.

I made two mistakes that morning: One, I placed my brushes, trays, frames, and covered paint can atop a newspaper and tarp on my rug. Not bright. Two, I turned my back for the seconds it took to place our dishes in the sink and grab my keys. I spun back around to a loud gasp that spilled from one of their mouths and that uh-oh facial expression saved only for spectacular disasters. My then two-year-old had snatched the paint can and emptied its contents in one fell swoop, and I was now looking at a quart of glossy black paint spreading over my rug.

Cue momentary breakdown. I don''t know if the "nooooooooo" of disbelief was said aloud or in my head. For the next minute or two before getting ahold of myself, I was a whirlwind of misplaced yelling and irrational tears that can accompany exhaustion and frustration. There may even have been a few seconds of baboonlike jumping up and down. Maybe. I do remember the deep breaths and snapping a "You''re not gonna believe this shit" picture with my phone, then dropping the boys off at school.

Though my son had technically carried out the spilling, the fault was clearly mine. After kicking myself repeatedly for having left the paint out to begin with, I uploaded the photo to Facebook. I was already in the habit of photographing and posting things that amused me, occasionally including the minutiae of my life. In the trapped isolation and discomfort I often felt as a new mom and reluctant suburbanite, Facebook served at times as an ideal outlet. I tended to post when procrastinating or feeling silly or bored, or in this case, seeking both comfort and laughs.

Comments regarding the rug photo poured in--parents commiserated and chuckled, child-free friends guffawed and teased. With each new remark I smiled. I laughed! I wasn''t alone with my paint-blob misery; I was virtually supported (and ribbed mercilessly) by friends near and far. Even though the rug incident left me upset, these comments helped me turn around a crappy morning. And though I loved the rug--I''d bought it years earlier on eBay for not much money--it was already quite threadbare. My struggle was with my frustration and my sense of powerlessness, not with the loss of anything valuable.

The same morning, I ran into a friend on my block who''d seen the picture. And in the sophisticated manner for which I''m known, I complained laughingly to her, "They ruin all of my shit!" With that phrase rattling around in my head, I returned home and searched for domain names. In minutes I''d purchased ShitMyKidsRuined.com, and after a key suggestion from my brother Brian, added the Pets equivalent later that morning. Not long afterward, Husband and Wife joined the family of Ruined websites. After all, when I said "they" ruin my stuff, I was including all four beloved crap-trashing males with whom I''m living (husband, boys, pug).

Later that day, I used my phone to photograph everything I could recall one or both boys staining, breaking, ripping, or somehow affecting adversely. As you may imagine I didn''t have trouble finding many items in this category. For starters there was our off-white upstairs couch, our home''s only other victim of truly stunning destruction, this one at the hands of our older son, then three. The night before we were going on a trip, he''d snuck out of bed and into my handbag where he found a permanent marker, red nail polish, and zit cream. And with this thoroughly damaging trio he graffitied one side of the couch, which, incidentally, was made of canvas. Blank canvas.

The next obvious candidates for my gallery of crapped-up possessions (most of which are still in use) included a decimated laptop, yogurt-stained lamp shade, warped cabinet door, broken toilet paper holder, backless remote control, torn window blinds, and just about every pop-up book that had the misfortune to pass through our home. I posted these images together in an album online.

The next day my friend Sara, who loved the idea from the get-go, walked me through the basics of weblogging. She got me started on Tumblr (where SMKR spent its first four months), and she helped me understand things like Twitter and site analytics, which hitherto caused my eyes to glaze over. Sara also provided my first site photo that was not my own--a fabulous photo of her dog whose white fur had red marker streaks courtesy of her youngest son.

More positive response and enthusiasm led to a group of friends on Facebook each placing the SMKR link to their personal pages. I set up a fan page that quickly collected members who posted photos and comments with great frequency and fervor. Site hits doubled. Then tripled. Communities on Facebook, Twitter, and Tumblr grew exponentially by the day.

All of a sudden, and best of all, moms and dads were writing to me daily saying how much they appreciated, loved, or related to the site. Parents wrote on the Facebook fan page, "I''ve found my people!!" I received all sorts of photo submissions, which were clever and hilarious, relatable and occasionally shocking. Fans created representations of destroyed libidos, kid- interrupted phone calls, a spoiled love for cooking. SMKR developed into a place where it was okay to bemoan and joke and laugh together about the child-bearing-related body changes as well, which too often feel taboo to discuss openly.

Then things got completely crazy. I was receiving requests for radio interviews from New York to Dublin to Sydney. Bloggers started writing for permission to post SMKR photos on their own sites and link to mine. Entertainment Weekly''s Pop Watch Blog wrote about it, followed by Jane Wells on her CNBC.com blog. In addition to being featured on numerous humor and parenting sites, SMKR was covered on a zany and disparate array of media outlets from The Huffington Post to Sports Illustrated online to Gizmodo to maltastar.com to roughfisher.com.

The New York Times writer Susan Dominus wrote about the site in her column, Big City, and the intensity of interest in SMKR magnified again. That week saw nearly two million page views. Agents, editors, publishers, television producers, tech people, advertisers, web designers, and even a clothing manufacturer reached out to me. It was surreal. The next month the Wall Street Journal online ran a piece about the site. ABC''s Good Morning America did an anchor chat segment. And in late June, Time.com named Shit My Kids Ruined one of the best blogs of 2010, also featuring it in a video about five blogs Time writers read daily. Wait. What?!

I lived half-convinced the crew from Candid Camera or Punk''d would jump out at any moment. How had this simple, moderately crass photo blog gotten to this position? I was in utter disbelief, despite how very real and serious some of it started to become. In late May, I signed with a literary agent. By mid-June, I''d submitted a book proposal. And in early July, I got the thrilling news I''d be writing this book!! Just one thing: It had to be completed by mid-August. Wait. What?!

Because meanwhile, back on Earth, the transition was awkward. My life was in disarray and my house a pigsty (though I suppose pug-sty is more accurate). I''d started the site as a lark and never took seriously the possibility that it would have this sort of trajectory. My sudden inheritance of a behemoth new job, which would leave me without any family prep-time, was difficult on everyone. You can''t imagine the laundry and dishes, the unanswered emails and calls, and the piles of crap of all sorts that accumulated. Actually, many of you can, because you''re busy parents, too.

It''s the same with SMKR. While some of the site''s fans love it purely for the laughs, many of you have shared that it''s also the camaraderie that keeps so many of you coming back. Well, that and the unusual view into the private sphere of other families'' lives and homes--the peek at the unedited, the messy, the ugly.

SMKR photos don''t often depict our best moments. They''re not usually our proudest snapshots. Our children are sometimes presented in an unflattering way. In other shots our parenting doesn''t always come across as all that stellar, either. In these pictures we are vulnerable, exposed. We are real. And SMKR makes no assumptions about the lives of those whose pictures are contained within. I know very well from my own experience that snapshots of one''s worst family moments do not represent that family''s normal existence.

When we''re guests in someone else''s house, we usually experience that space in a somewhat inauthentic, spiffed-up-for-company state. In private, however, that same home may be scattered with kid debris, piled shoes, mail, jackets, books, 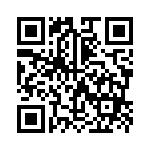