The Mystic Poet-Writer Shri Makarand Dave excels in revealing the truth and hidden meaning that eludes a normal human eye. He bridges the unfathomable with the discernable. Author of over 80 titles and an acknowledged seer, bestowed with numerous literary awards, he takes the reader in a world that seems paradoxical and yet unitary. Uplifting human psyche from its deeper recesses to exult into a being, which is free from body-mind limitations, comes central to his life mission. Swinging his vision from folklore to spiritual significance of myths, he weaves a magical veil of divine contemplation.

Born in 1925 in Gondal, India. Praful Patel came to Mumbai in 1945 as a 20 year old when the country was in the momentous throes of the "QUIT INDIA" movement, he began by documenting every event before, on and after India's first Independence Day. At the early age of 27, he was appointed chief photographer for the FORD FOUNDATION pilot project on rural INDIA and held notable assignments in the Bhabha Research Center in Trombay, India. 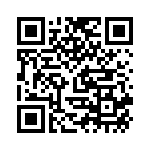