Albert Bandura, December 4, 1925 - Albert Bandura was born on December 4, 1925, in Mundare, Alberta, Canada. He attended school at an elementary and high school in one and received his bachelor's from the University of British Columbia in 1949. Before he entered college, he spent one summer filling holes on the Alaska Highway in the Yukon. Bandura graduated from the University of Iowa in 1952 with his Ph. D., and after graduating, took a post-doctoral position with the Wichita Guidance Center in Kansas. In 1953, Bandura accepted a position teaching at Stanford University. There he collaborated with student, Richard Walters on his first book, "Adolescent Aggression" in 1959. He was President of the APA in 1973 and received the APA's Award for Distinguished Scientific Contribution in 1980. 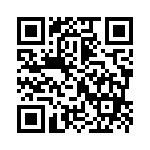