For now, I will rate it 5 stars until I do a few sprint rounds myself. First, the book is very interesting as it touches on different aspects of product design, including false signals (like users ... Read full review

According to Knapp, John Zeratsky, and Braden Kowitz, all partners at Google Ventures, a sprint is a process for solving a business challenge in a week. The idea is that without the distractions of ... Read full review

Jake Knapp created the Google Ventures sprint process and has run more than a hundred sprints with startups such as 23andme, Slack, Nest, and Foundation Medicine. Previously, Jake worked at Google, leading sprints for everything from Gmail to Google X. He is currently among the world’s tallest designers.

John Zeratsky has designed mobile apps, medical reports, and a daily newspaper (among other things). Before joining Google Ventures, he was a design lead at YouTube and an early employee of FeedBurner, which Google acquired in 2007. John writes about design and productivity for Wall Street Journal, Fast Company, and Wired. He studied journalism at the University of Wisconsin. 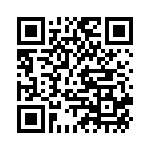