Jane Godwin (Author)
Jane Godwin is the highly acclaimed author of over twenty-five books for children, across all styles and ages. Her work is published internationally and she has received many commendations, including the Queensland Premier's Award (Children's Books), the Aurealis Award and the Animal Welfare Award, and shortlistings in the CBCA Book of the Year Awards, the Prime Minister's Literary Award, the New South Wales State Literary Award (Patricia Wrightson Prize) the YABBA Awards, the Speech Pathology Awards, The Family Award for Children's Books, and the Australian Book Industry Awards. For many years Jane was a publisher of children's books at Penguin Australia.

Anna Walker (Illustrator)
Anna Walker writes and illustrates children's books and is based in Melbourne. Crafted with pencil, ink and collage, Anna's illustrations are inspired by the everyday details of life and the amusing antics of her menagerie. Anna's picture book, Mr Huff, which she wrote and illustrated, won the 2016 CBCA Book of the Year for Early Childhood and was shortlisted in the 2016 Prime Minister's Literary Awards. Together with Jane Godwin, Anna has also created many beautiful picture books, most recently Go Go and the Silver Shoes. Anna's most recent picture books as author-illustrator are the highly acclaimed Florette and the delightful Lottie and Walter. 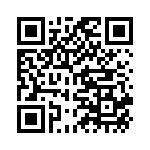