Emotional story of Second chances, over coming a childhood disability of Stuttering, Bullying ! Pressures and Expectations of a domineering parent, This little story has a lot packed in it! Tanner has ... Read full review

I really liked Tanner's story and can't wait to read the stories for the other brothers. Tanner is trying to start a business and take care of his little sister. They are still mourning their mother's ... Read full review 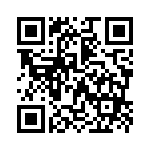