This was a great biography of the famed inventor. All the little anecdotes, mixed with the important details of his life, were here and made me wonder and think about both Tesla and his creations ... Read full review

Biography of Tesla that attempts to chart a middle path between treating him as a crank and treating him as the inventor of everything modern whose contributions were ignored/suppressed. Carlson ... Read full review

W. Bernard Carlson is professor of science, technology, and society in the School of Engineering and Applied Science and professor of history at the University of Virginia. His books include Technology in World History and Innovation as a Social Process: Elihu Thomson and the Rise of General Electric, 1870-1900. 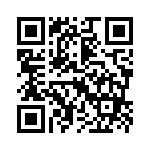